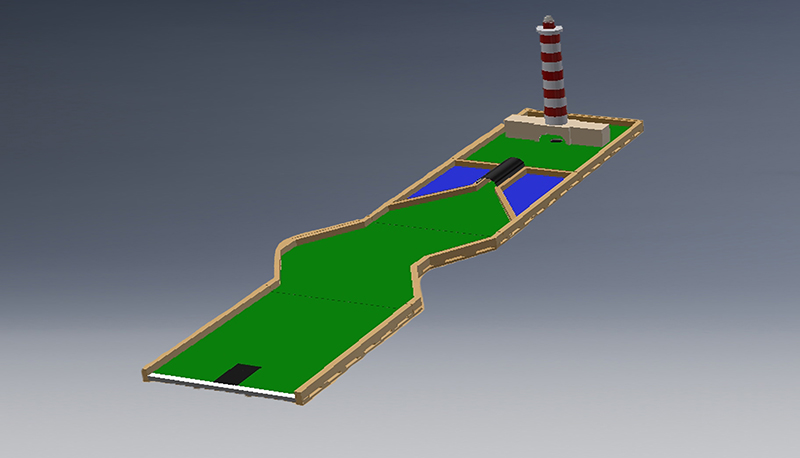 This lane was inspired by the Farol da Barra, which is an important tourist spot in the Aveiro area, it contains a lot of history and culture, it is known for its grandeur and its pattern of red and beige stripes.

It is a lane in itself straight, but where there is also an "s" curve that symbolizes a kind of wave.

Later there is a narrowing of the track with a tunnel and that soon there is the "green" with the hole in which the ball must hit. The hole is inserted in the door of the lighthouse and is the end of the lane.

This clue was inspired by the party of São Gonçalinho, in which cavacas were thrown from the top of the chapel, while hundreds of people try to catch them with inverted umbrellas or fishing nassas, is already part of the traditions of the city of Aveiro.

In this way a straight course was installed, where the goal is to slide the ball so as to climb the ramp and make it fall on one of the umbrellas. 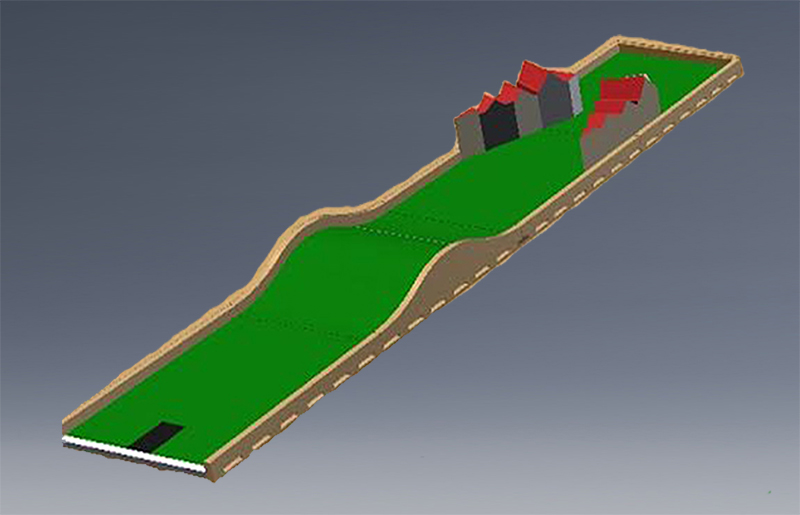 Straight track, with lomba in the middle of the obstacle, recreated thinking about the bridges of Aveiro. Then, the track has a narrow passageway lined by typical houses, which symbolize the streets and dwellings on the seafront.

In the hole there is a triangle guiding the ball. 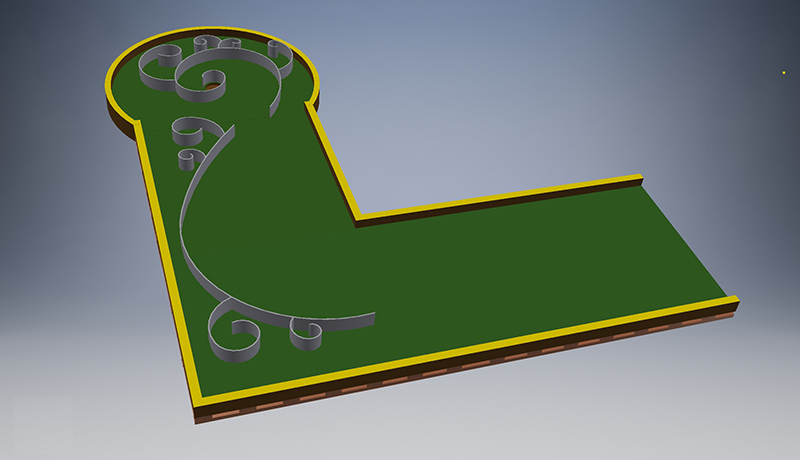 This track has as reference the New Art present in the city of Aveiro, distinguished as the city-museum of the New Art. The spiral present on the track was inspired by this artistic movement exhibiting its curvilinear forms.

Although it has the same dimensions of the other tracks (5 meters), this is the only one that was designed in "L" format, because this particularity ended up complementing the idea of sinuosity present in the movement used as reference.

The purpose of the curves is to help the ball to reach the desired location, in this case, the hole.

This track was inspired by the existing tea house in the city of Aveiro, where the curves present in the windows, make these one of the most emblematic symbols of the New Art region.

It is a lane with a straight course with misco meters long. There are four innings, but only three of them give way to the ball to go to the hole, because the first inning has an obstacle that does not let ball continue. 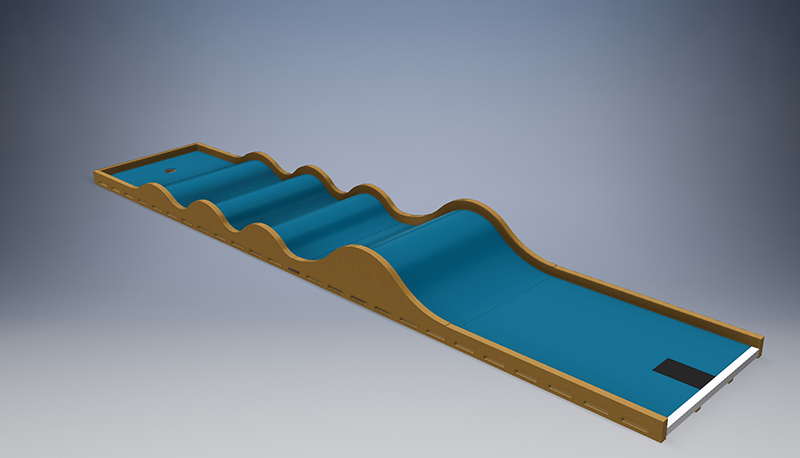 This track, with its waves and boats, is inspired by the sea and the estuary, so close to the city of Aveiro and so important in its history, economic culture and leisure.

It is a track with a straight and wavy course, five meters long. It has four wave-shaped elevations: the first one is thirty-five centimeters high, the next two are twenty centimeters long, and the last six inches high. In each ripple, and near the sides, is placed a small boat of wood.